How to build your brand 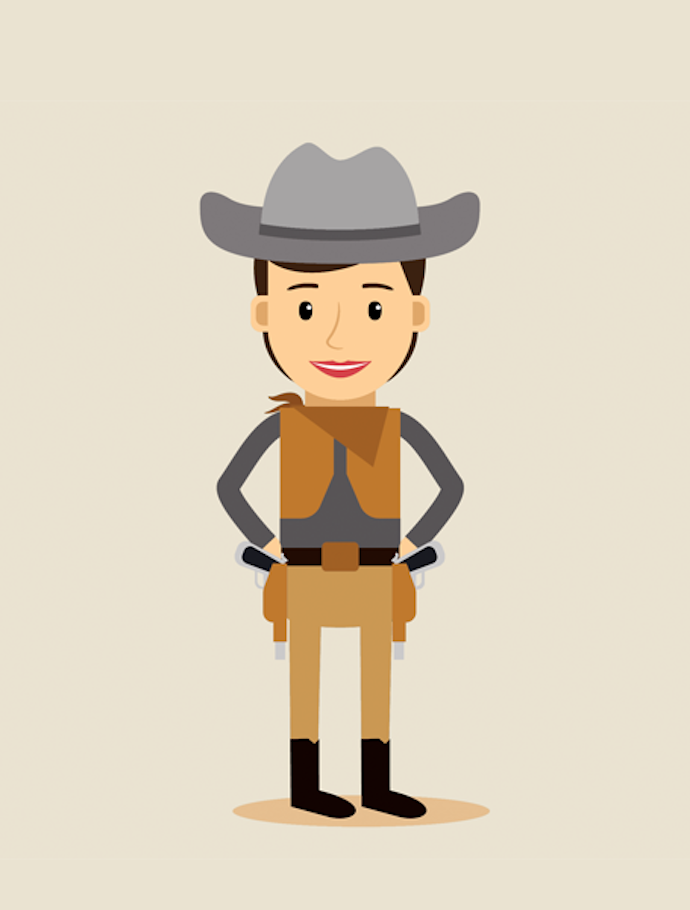 In the Old West, cowboys would sear a symbol of ownership onto their livestock as a way to deter thieves. Marking cattle with these symbols became so popular, the symbols had to be written down and cataloguedas a way to ascertain ownership. Thus, a “brand” became a unique and personal identity, much more than a mere name or symbol. However, like a herd of cattle, a brand can be a difficult thing to control. It takes the best of cowboys to wrangle it in.

Let’s imagine that out in the Old West, there’s a cowboy with a dream. We’ll call him Brandon. Through intensive experimentation, Brandon has bred cows that produce chocolate milk (pretty impressive, right?). Naturally, Brandon wants to start selling these heifers right away, so he slaps a ChocCow brand on them and rushes them into the market. Unfortunately, no one at the market is interested. Some people have trouble pronouncing “ChocCow,” while others think it means the cows produce chalk instead of milk. Worst of all, Brandon accidentally brought along a few regular cows that only produce plain milk. This did not make for a good first impression, at all. Despite his initial optimism, Brandon returns to his ranch empty-handed.
When you’re in the early stages of starting your business, branding is particularly crucial. First impressions matter, and as more competitors flood the marketplace, establishing a strong and immediate voice couldn’t be more important. You’ll need to leave your mark in a way that’s memorable, valuable, and easy for consumers to understand.
by Emanuela for 99designs

When attempting to brand your business, you’ll need to ask yourself several questions that pinpoint the essence of your organization:

While you’re going over the big picture, don’t forget to ask more concrete questions as well:

Brandon, never one to give up, decided to ask himself these questions. In doing so, Brandon determined that innovation, friendship, and fun were the core traits he wanted to get across in his chocolate cow business. Based on these traits, he decided to gear his business toward young, forward-thinking customers, and focused on building a devoted fan base rather than a larger pool of support. Having made these foundational decisions, Brandon could start figuring out how to communicate his message.

With the core tenets of your company in hand, you need to figure out what message you’d like to send to your audience. Having a strong voice is crucial to a strong brand. Consumers turn to companies not only for goods and services, but also for a specific point of view. Imagine if The New York Times started cracking jokes or Ronald McDonald started cursing–it wouldn’t fit, right? Think about what you want to convey to your audience, what you don’t want to convey, and what best fits your business.

Even in the early stages, it’s good to know what your audience looks like. Use tools like Facebook and Twitter analytics to determine how your customer base breaks down. Though statistics can’t tell you everything about a person, it’s worth noting if a high concentration of a particular age, gender, or location exists in your audience. Another great way to find out more about your particular cohort is to ask them questions. This can engage followers and give them a chance to tell you about themselves. Through well-placed questions, you can discern the passions and preoccupations of those you want to sell to.

It’s important to not only research your own audience, but to also research your competitors’. Actively observing the strategies of those in the same field as you can be helpful in a number of ways. It allows you to avoid the mistakes they’ve made, and it keeps you from using ideas they’ve already used. Best of all, it helps you set yourself apart by establishing a tone that is unique to your business. Always be up-to-date with your competitors’ content–you can bet your audience will be. Stay informed and think of yourself as a consumer. What can you promise that other businesses can’t? How can you connect to your consumers in a different way? 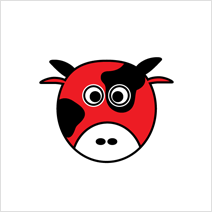 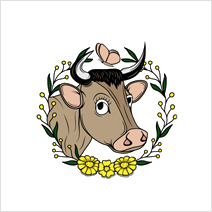 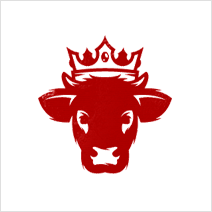 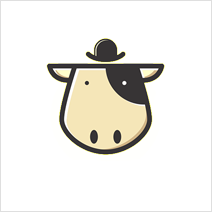 by bayuRIP
Going back to our beloved Brandon, he also realized the importance of messaging and put these ideas to the test! He looked at the other cowboys around him, and noticed that most of them branded their livestock with generic cow-based names: ”Comfy Cows,” “Cutie Cows,” “Colorful Cows” and the like. Brandon rolled his eyes, and decided that if his brand was a person, it would be someone young and trendy with a sophisticated palate and a passion for flavor. This helped his brand identity come alive: modern, a bit edgy, and clever. While Brandon’s first attempt at branding was a bust, the extra time Brandon put into designing his brand the second time around set him up for success.

After careful consideration, our cowboy Brandon decided to name his company “Brandon’s Bovines” and had simple picture-mark logo designed in a modern flat design style with two shades of brown. This name distinguished him from the more generic “cow”-based names the other cowboys were using. The modern design style showed that he was more sophisticated than some of his competitors and the two shades of brown promised consumers not only a chocolatey treat, but also reliability. Brandon took his newly-branded cattle to the marketplace and before long, he was making more money than he knew what to do with. Who wouldn’t want a Brandon Bovine? 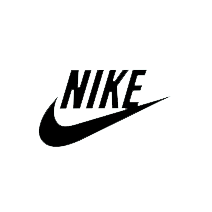 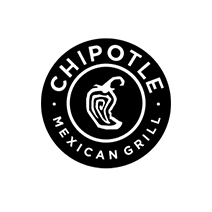 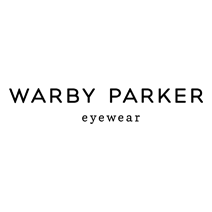 In the same way, you should brainstorm your name and logo. Consider brands you know and love, and think about what their name and logo suggests. Chipotle is named after a delicious and spicy pepper—a name that suggests something new and exciting. Their logo, a pepper surrounded by a red circle, is old-fashioned and approachable. This gets across the message that Chipotle is a new twist on something familiar. Warby Parker, a glasses brand, has an unusual name that brings an individual to mind. This company may not appeal to everyone, so their branding has a bit of mystique—a sense that those buying Warby Parker glasses belong to an exclusive club. 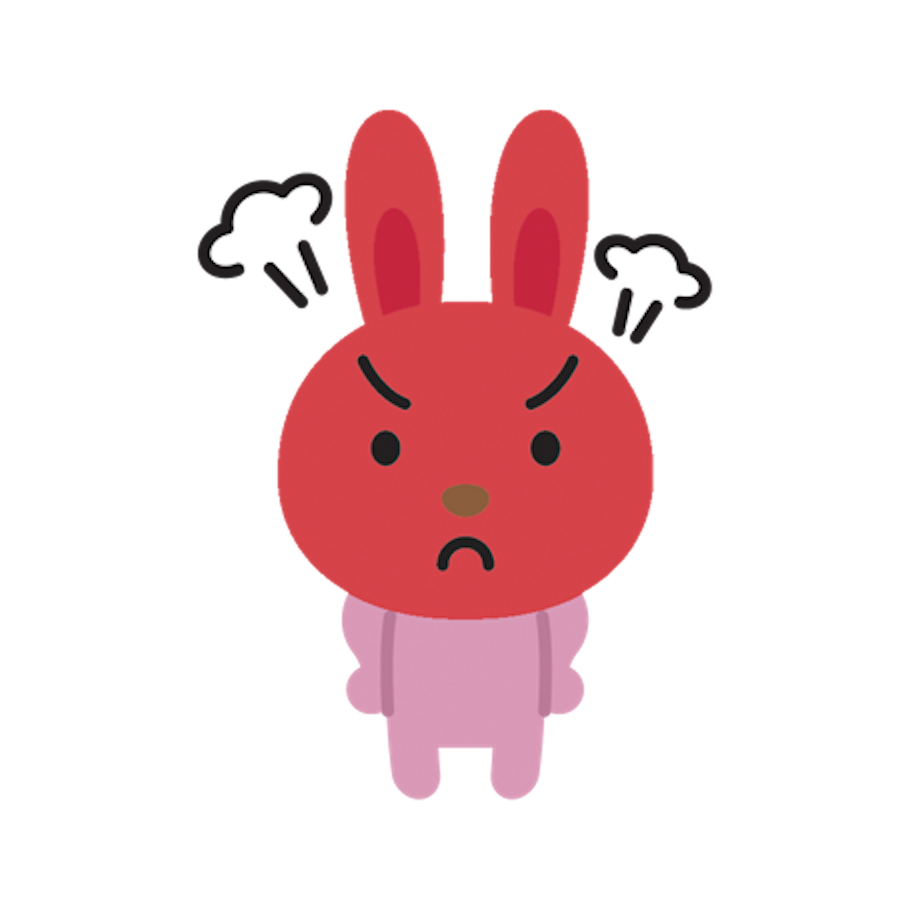 The look and feel

Well, wouldn’t you know it, Brandon was so successful at the market that he decided to expand his business into all manner of farm animals. Soon, he was developing Brandon’s Sheep, Brandon’s Goats, Brandon’s Bunnies and Brandon’s Chickens (they laid chocolate eggs, of course). Soon he had a ranch full of animals for sale and people came from far and wide to purchase them. Having learned a lesson from his previous branding failures, Brandon made sure that each new sector of his business was consistent and uniform. If Brandon’s Bunnies were grumpy and hostile, they would not be in keeping with the Brandon brand. If Brandon’s Goats had more of a sci-fi aesthetic, that would be confusing to the consumers that love Brandon’s modern twist on tradition (and to most everyone else too).

While your company may not be a line of chocolate-producing livestock, you still want to be consistent with your branding. Users should be getting one tone and one experience. One page of your website shouldn’t be designed in a radically different way from the rest, nor should some marketing materials have a casual way of speaking while others have a serious demeanor; your brand should always behave in a recognizable and familiar manner. This helps build trust between you and your audience and will show people why your organization is something special.

A time for action

As our cowboy Brandon gallops off into the sunset with his head held high, here are a few questions that you can ask yourself to help define your own brand personality. Yeehaw.